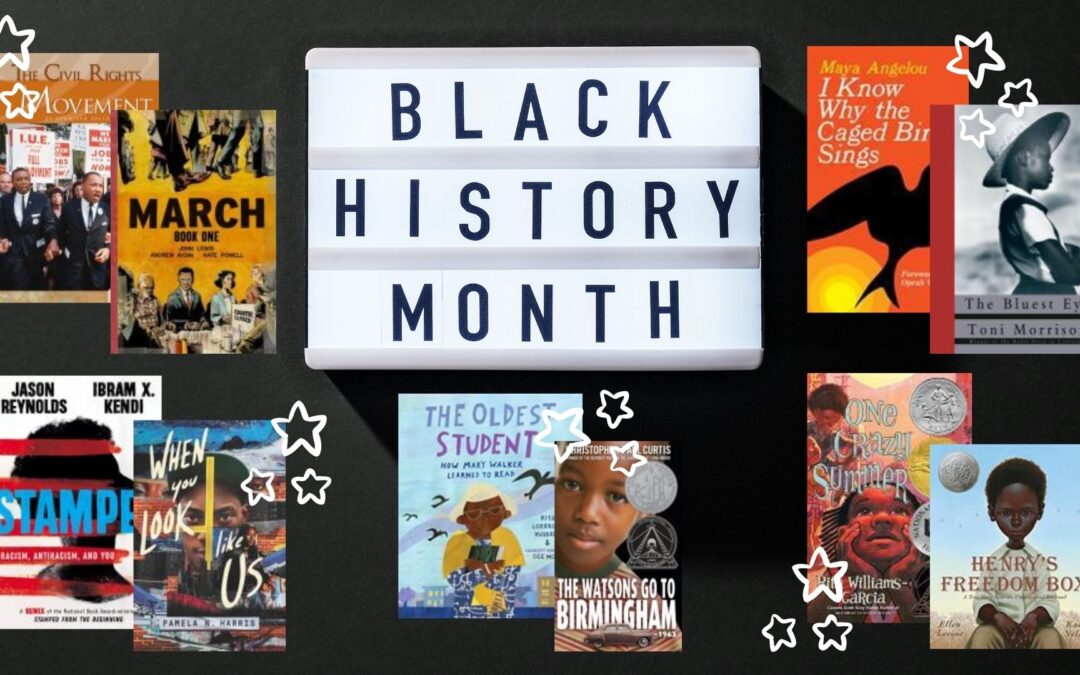 The North Bergen Public Library has created a list of books to help you and your family celebrate Black History, not only during the month of February, but all year round!

The Other Side by Jacqueline Woodson

Moses: When Harriet Tubman Led Her People to Freedom by Carole Boston Weatherford

The Oldest Student: How Mary Walker Learned to Read by Rita L. Hubbard

Who Was Rosa Parks by Yona Zeldis McDonough

The Watsons Go to Birmingham: 1963 by Christopher Paul Curtis

Punching the Air by Ibo Zoboi

Stamped: Racism, Antiracism, and You by Jason Reynolds

The Hate U Give by Angie Thomas

When You Look Like Us by Pamela N. Harris

March: Book One by John Lewis

Hidden Figures: The American Dream and the Untold Story of the Black Women Mathematicians Who Helped Win the Space Race by Margot Lee Shetterly

I Know Why the Caged Bird Sings by Maya Angelou

The Nickel Boys by Colson Whitehead

The Bluest Eye by Toni Morrison

Between the World and Me by Ta-Nehisi Coates