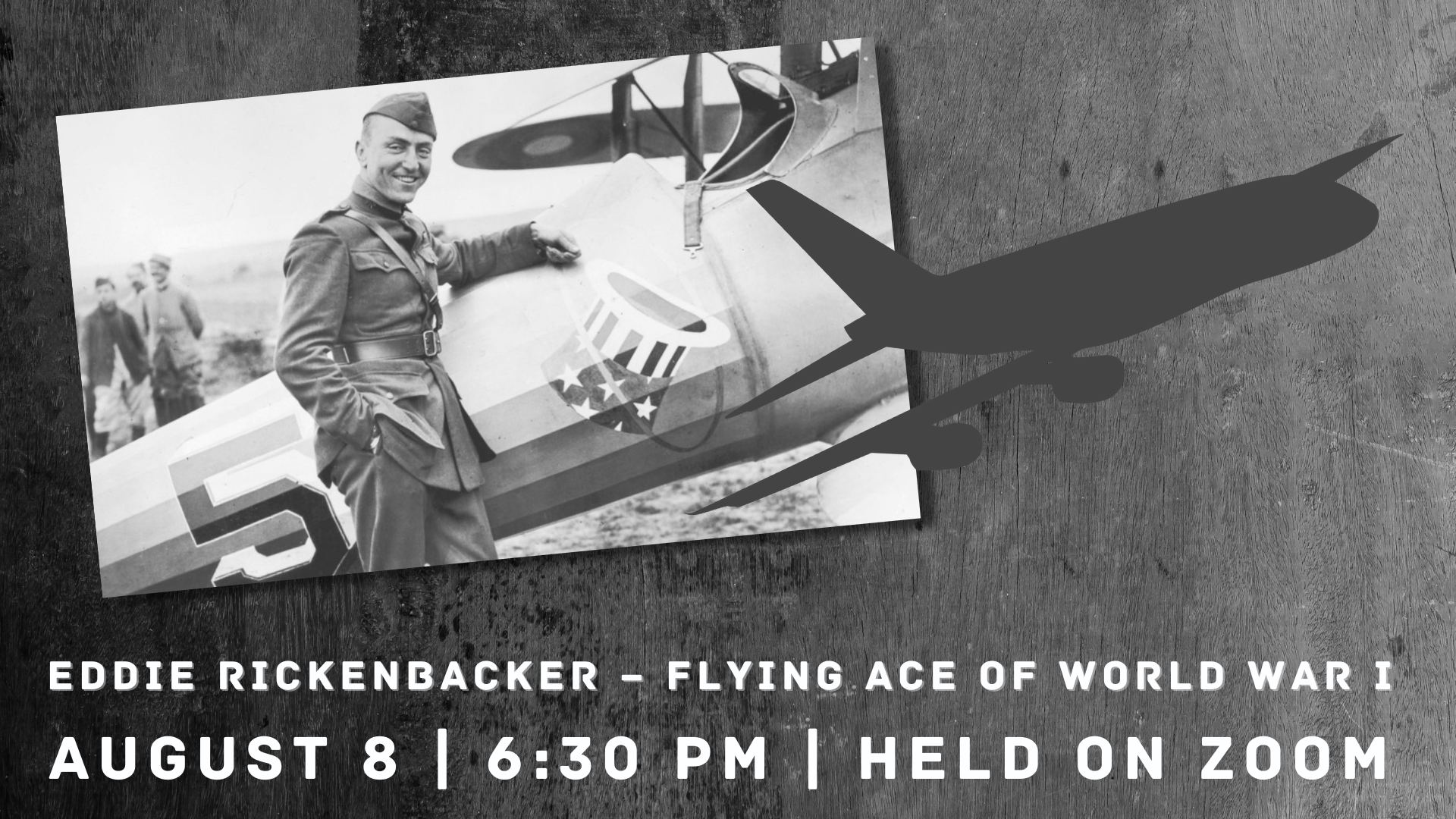 Eddie Rickenbacker would score 26 aerial victories during World War I. He began his career as a race car driver, received the Medal of Honor, developed the Rickenbacker automobile, owned the Indianapolis Speedway, and was CEO of Eastern Airlines. Join presenter Rick Feingold as we learn about the two near-death experiences of Eddie Rickenbacker, including surviving 24 days in a raft after a plane crash.