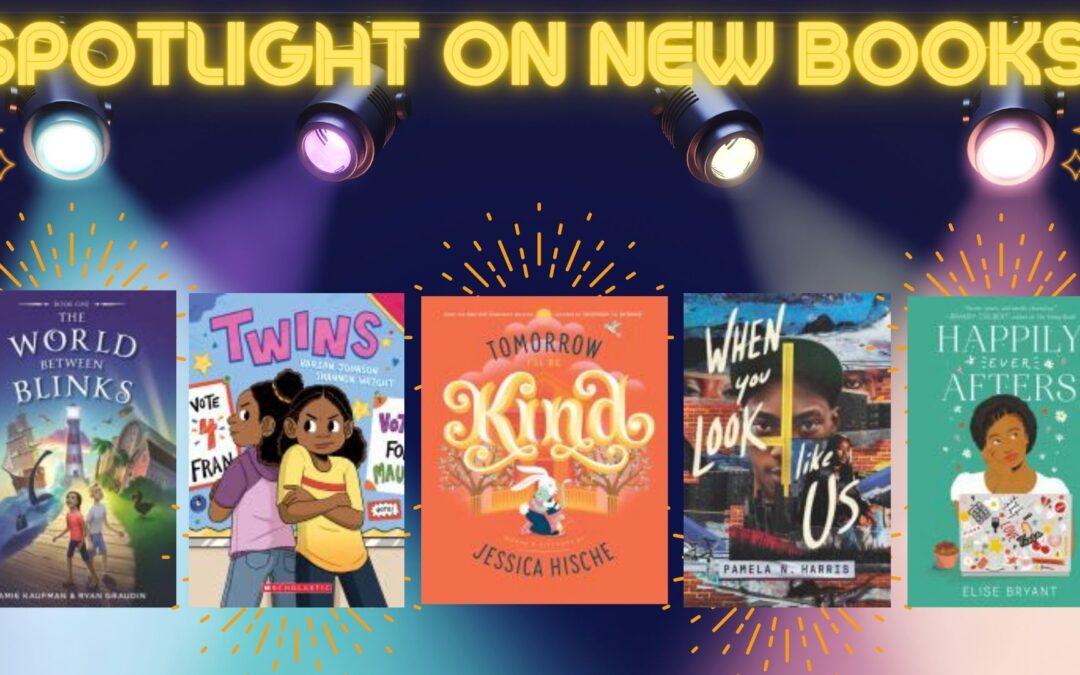 Tired of reading the same books over and over again? Feel like you’re in a reading rut and can’t find the right book to pull you out of it? The North Bergen Public Library always has new books for you, your kids, and even your teens.

Check out some of the new books the Library has waiting for you to discover!

There’s a Superhero in Your Book by Tom Fletcher

“Whoosh! A superhero has landed in your book, just in time to battle a villain! Use the power of your imagination to unlock Superhero’s superpowers. But you’d better act fact before the Scribbler ruins you book!”

I Don’t Want to Be Quiet by Laura Ellen Anderson

“Sometimes it’s hard to be quiet. There are drums to drum and hums to hum, drinks to slurp and burps to burp – so many loud and wonderful noises to make! And when this spunky little girl goes to the library, it’s extra difficult to behave. But then, as she discovers the wonders that live inside books, she sees how much fun she can have in her own imagination – all without making a peep.” – From the Publisher

Cow Boy Is Not a Cowboy by Gregory Barrington

“Merle is a cow boy who lives on Humdrum Farm, where nothing ever happens. Merle is ordinary. Goat Girl live on Humdrum Farm, too. She is anything but ordinary. One day an overexcited Goat Girl mistakes underwhelmed Merle for a cowboy, and he can’t believe his ears. “I am NOT a cowboy. I am a bull.” But when Humdrum Farm is in need of a hero, will Merle live up to his new name? – From the Publisher

“In a follow-up to New York Times Best Seller Tomorrow I’ll Be Brave, award-winning author and illustration Jessica Hische takes young readers on a new, extraordinary journey that encourages them to be helpful, patient, gentle, honest, generous, grateful, and above all, kind. Each small act of kindness helps make the world a better place.” – From the Publisher

The World Between Blinks by Amie Kaufman & Ryan Graudin

“Whenever cousins Jake and Marisol get together, adventure follows. They have their late Nana to thank for that. Her epic trips and treasure hunts were the stuff of family legend. This summer, with the whole family reuniting for one last vacation at Nana’s home, the cousins are in for a legendary trip of their own. Following a map Nana left behind, Jake and Marisol sneak out to a nearby lighthouse – then accidentally slip into another world! The World Between Blinks is a magical place, where all kinds of lost things (and people!) end up. Everywhere they turn, the cousins find real mysteries from history – plus a few they thought were only myths. But the man who holds the key to Jake and Marisol’s return journey doesn’t want to be found … and if the cousins don’t catch him fast, they could end up lost in this world for good.” – From the Publisher

“Maureen and Francine Carter are twins and best friends. They participate in the same clubs, enjoy the same foods, and are partners on all their school projects. But just before the girls start sixth grade, Francine becomes Fran – a girl who wants to join the chorus, run for class president, and dress in fashionable outfits that set her apart from Maureen. A girl who seems happy to share only two classes with her sister! Maureen and Francine are growing apart and there’s nothing Maureen can do to stop it. Are sisters really forever? Or will middle school change things for good?” – From the Publisher

Never After: The Thirteenth Fairy by Melissa De La Cruz

“Nothing ever happens in Filomena Jefferson-Cho’s small California town. The sun shines every day, the grass is always green, and while her school swears there’s no bullying, she knows firsthand that isn’t true. But one day, when she’s walking home from her favorite bookstore, something strange occurs. Filomena is being followed by Jack Stalker, one of the heroes in Never After, a book series she loves. She must be dreaming … or still reading. But Jack is insistent – he’s real, the stories are real, and Filomena must come at once. Soon she is thrust into a world of fairies and princesses, sorcerers and slayers, where an evil queen drives here army to erase the fairy tribes. To save the kingdom, Filomena must find the truth behind the tale of the thirteenth fairy before the cycle of destruction begins again.” – From the Publisher

“Take a shine to rocks and minerals! Join a crystal-crazy fanboy and his rock-hunting hero as they explore our world inside and out. Along the way they’ll contend with volcanoes, cave-ins, and cosmic collisions, but it’s all in the name of discovery, right?”

When You Look Like Us by Pamela N. Harris

“When you look like us – brown skin, brown eyes, black braids or fades – everyone thinks you’re trouble. No one takes a second look at a missing black girl from the public housing because she must’ve brought whatever happened to her upon herself. I, Jay Murphy, can admit that, for a minute, I thought my sister, Nicole, got too caught up with her drug-dealer boyfriend and his friends. But she’s been gone too long. Nic, where are you? If I hadn’t hung up on her that night, she would be home spending time with our grandma. If I was a better brother, she’d be finishing senior year instead of being another name on a missing persons list. It’s time to step up, to do what the Newport News police department won’t. Bring her home.” – From the Publisher

“For Lila Reyes, a summer in England was never part of the plan. The plan was 1) take of her abuela’s role as head baker at their panaderia, 2) move in with her best friend after graduation, and 3) live happily ever after with her boyfriend. But then the Trifecta happened, and everything – including Lila herself – fell apart. Worried about Lila’s mental health, her parents make a new plan for her: spend three months with family friends in Winchester, England, to relax and reset. But with the lack of sun, a grumpy inn cook, and a small town lacking Miami flavor (both in food and otherwise), what would be a dream trip for some feels more like a nightmare to Lila … until she meets Orion Maxwell. A tea shop clerk with troubles of his own, Orion is determined to help Lila out of her funk and appoints himself as her person tour guide. From Winchester’s drama-filled music scene to the sweeping English countryside, it isn’t long before Lila is charmed not only by Orion, but also by England itself. Soon a new future begins to form in Lila’s mind – one that would mean leaving everything she ever planned behind.” – From the Publisher

“Every seven years, the Agon begins. As punishment for a past rebellion, nine Greek gods are forced to walk the earth as mortals. They are hunted by the descendants of ancient bloodlines, all eager to kill a god and seize their divine power and immortality. Lone ago, Lore Persous fled that brutal world, turning her back on the hunt’s promises of eternal glory after her family was murdered by a rival line. For years she’s pushed away any thought of revenge again the man – not a god – responsible for their deaths. Yet as the next hunt dawns over New York City, two participants seek her out: Castor, a childhood friend Lore believed to be dead, and Athena, one of the last of the original gods, now gravely wounded. The goddess offers Lore an alliance against their mutual enemy and a way to leave the Ago behind forever. But Lore’s decision to rejoin the hunt, binding her fate to Athena’s, will come at a deadly cost – and it may not be enough to stop the rise of a new god with the power to bring humanity to its knees.”  – From the Publisher

Happily Ever Afters by Elise Bryant

“Sixteen year old Tessa Johnson has never felt like the protagonist in her own life. She’s rarely seen herself reflected in the pages of the romance novels she loves. The only place she’s a true leading lady is in her own writing – in the swoony love stories she shares only with Caroline, her best friend. When Tessa is accepted into the writing program of a prestigious art school, she’s excited to finally let her stories shine. But when she goes to her first workshop, the words are … gone. Fortunately, Caroline has a solution: Tessa just needs to find some inspiration in a real-life love story of her own. And she’s ready with a list of romance novel-inspired steps to happy ever after. Nico, the brooding artist who looks like he walked out of one of Tessa’s stories, is cast as the perfect Prince Charming. But as Tessa checks off each item on the list, she gets further away from herself. She risks losing everything she cares about – including the surprising bond she develops with sweet Sam, who lives across the street. She’s on her way to having her own real-life love story, but is it the one she wants, after all?” – From the Publisher