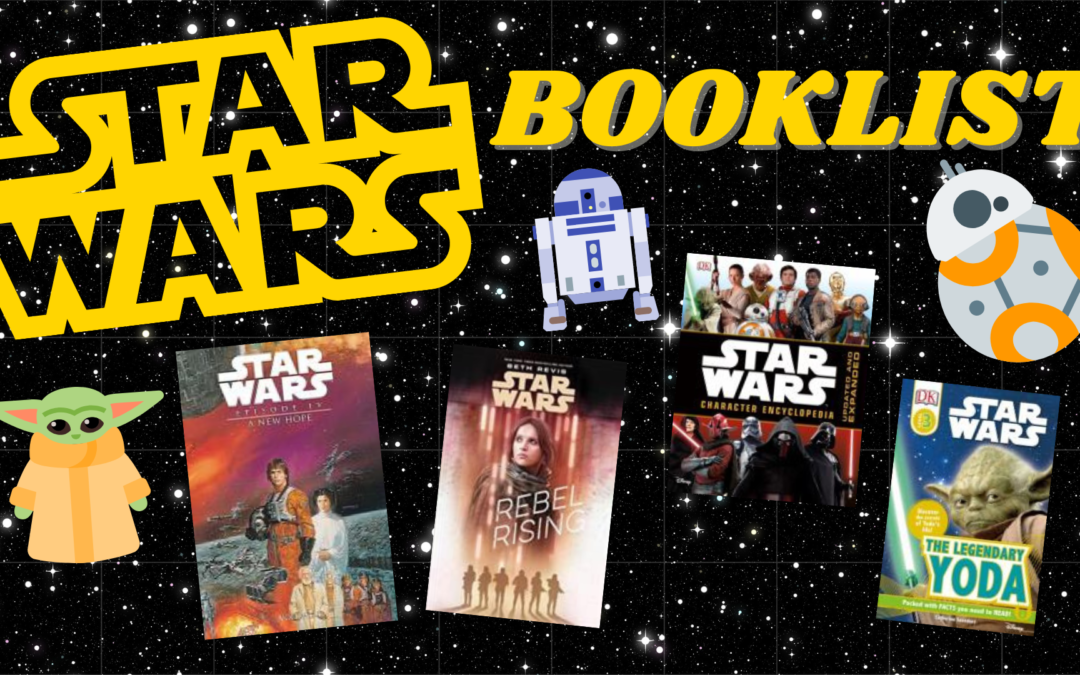 Calling all Star Wars fan! Happy May the Fourth. For anyone who doesn’t know, May 4th is the one day of the year where we fans celebrate all things Star Wars related. Today, the North Bergen Public Library is sharing with you  a Star Wars themed list to help you celebrate!

For these items and more, be sure to check out the North Bergen Public Library at https://www.bccls.org/

May the Fourth be with you!

Star Wars: Return of the Jedi by Geof Smith

The Strange Case of Origami Yoda by Tom Angelberger

The Mighty Chewbacca in the Forest of Fear by Tom Angelberger

A Crash of Fate by Zoraida Cordova